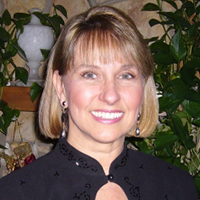 Judith Delany, LMT, is director of the NMT Center and has been a leading pioneer in the field for decades. In 1989, she developed NMT American version™ based on the original work of Dr. Raymond Nimmo, a chiropractor who developed Receptor Tonus Techniques. These classic protocols, combined with trigger point therapy as developed by Drs. Janet Travell and David Simons, remain the mainstay of NMT routines today.

She has co-authored 5 textbooks with Dr. Leon Chaitow and contributed chapters to numerous other books.  Writing strongly-referenced material requires her to regularly read academic articles within the massage field, as well as from dentistry, osteopathy, chiropractic, sports medicine, physical therapy and others fields.

While serving for 12 years as an associate editor for Journal of Bodywork and Movement Therapies, she had a front-row seat as massage therapy emerged worldwide as scientifically supported, evidence-based medicine. Editing also taught her to question the methods of research, the process of acquiring statistical support, and to value clinical evidence.

Get Dr. Benjamin’s Low Back Pain ebook FREE when you sign up for